Beautiful Shades of Brown: The Art of Laurie Wheeler Waring 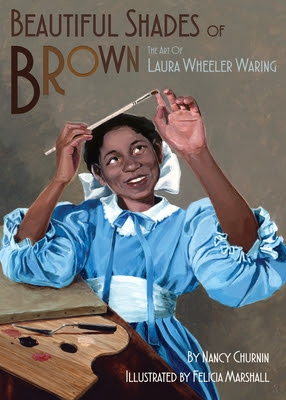 Growing up in the late 19th century, Laura Wheeler Waring didn't see any artists who looked like her. She didn't see any paintings of people who looked like her, either. So when she was offered a commission to paint portraits of accomplished African Americans, she jumped at the chance. Writers, singers, political activists, and thinkers all posed for her. Now her portraits hang in Washington, D.C.'s National Portrait Gallery, where children of all races can admire the beautiful shades of brown she captured. (Description from the publisher)

​
"Intended for young readers ages 7-11, especially young black girls, Beautiful Shades of Brown is a picture book biography of Laura Wheeler Waring (1887-1948), a female African-American artist who skillfully painted portraits of important African-Americans of her day. Many of her portraits became part of the collections of major museums. Informative, inspiring, and enhanced with a timeline as well as reproductions of some of Waring's most beloved portraits, Beautiful Shades of Brown is highly recommended for both school and public library children's collections."
— Midwest Book Review

“Marshall’s realistic and well-researched artwork is as rich and textured as the life of Laura Wheeler Waring. The story is authentic, and as I read it, I could almost smell oil paints and thinners long gone from my own studio. Thank you to Nancy Churnin and Felicia Marshall for bringing to light a story to be enjoyed by boys and girls, whites and blacks and browns — and everyone in between.”
— Don Tate, award-winning author-illustrator of Poet: The Remarkable Story of George Moses Horton 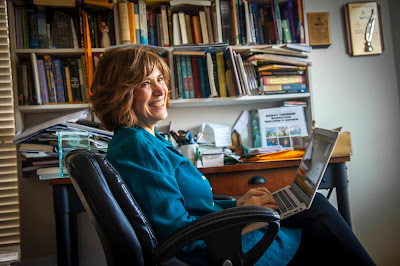 Nancy Churnin is the award-winning author of eight picture book biographies. Her 2020 release, Beautiful Shades of Brown, the Art of Laura Wheeler Waring, illustrated by Felicia Marshall, is the first picture book of this great artist and features seven reproductions of Waring’s paintings that can be seen at the Smithsonian’s National Portrait Gallery and Museum of American Art in Washington D.C.

Her 2019 release, Martin & Anne, the Kindred Spirits of Dr. Martin Luther King, Jr. and Anne Frank, was featured at the Ruby Bridges Reading Festival at the National Civil Rights Museum in Memphis, Tenn., the Tulisoma Book Fair at the African American Museum in Dallas and the New York City School Librarians Conference. Irving Berlin, the Immigrant Boy Who Made America Sing is a 2019 Sydney Taylor and National Council for the Social Studies Notable and Manjhi Moves a Mountain, a Junior Library Guild pick, has won numerous awards, including the South Asia Book Award, the Anne Izard Storytellers Choice Award as well as being named a National Council for the Social Studies Notable. 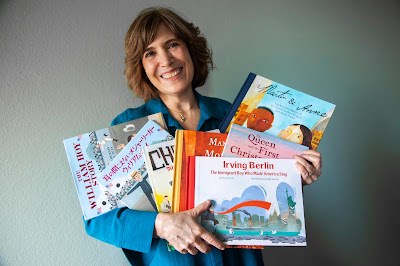