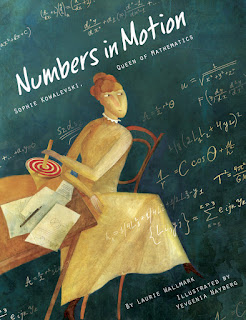 Women can do the math in this intriguing story about the first woman to receive a doctorate in mathematics that required original research, the first to hold a university chair in mathematics, and the first to be the editor of a major scientific journal. Sophie Kowalevski proved that women can add up to a lot! (Description from Creston Books)

“This engrossing portrait of Sophie Kowalevski (1850-1891) traces her struggles and eventual success despite assumptions about women made in her native Russia and the various countries in which she obtained an education. . . Distinctive, stylized illustrations portray Sophie's world in exaggerated proportions using unusual points of view. They are dotted with mathematical formulae while concise, accessible text tells Sophie's story, emphasizing how men's perceptions of women were ever present obstacles. . . An inspiring choice for budding feminists, explorers, historians, and scientists.” — Kirkus 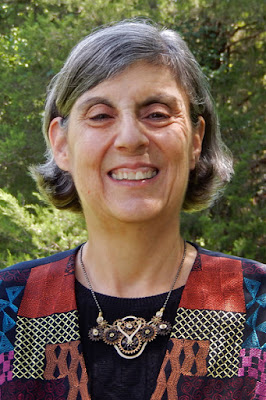 She has an MFA in Writing for Children and Young Adults from Vermont College of Fine Arts. You can find Laurie on the Web at www.lauriewallmark.com and @lauriewallmark.